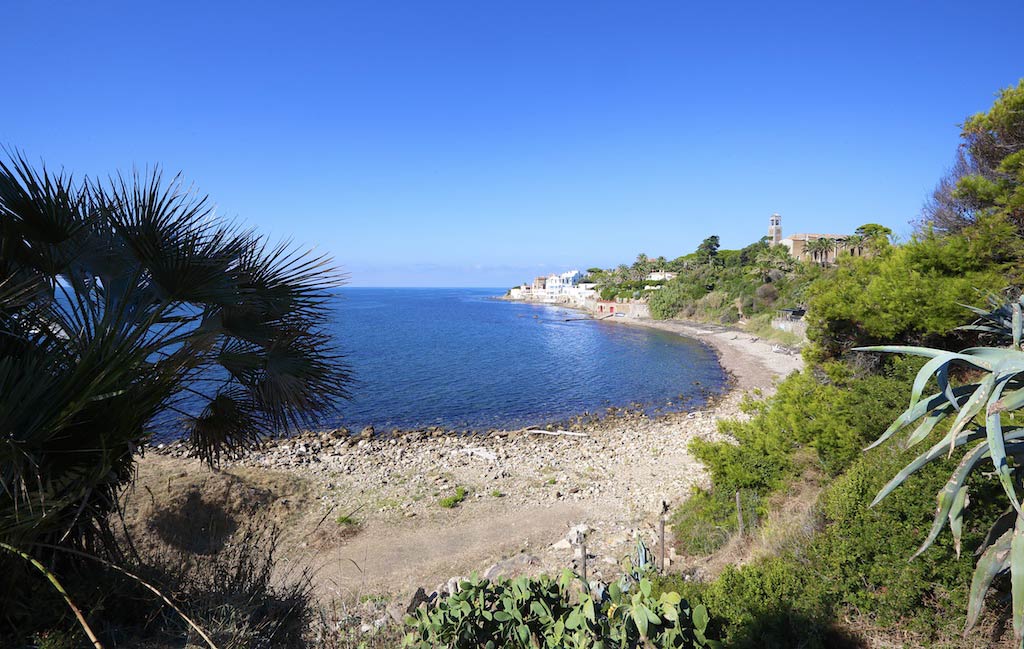 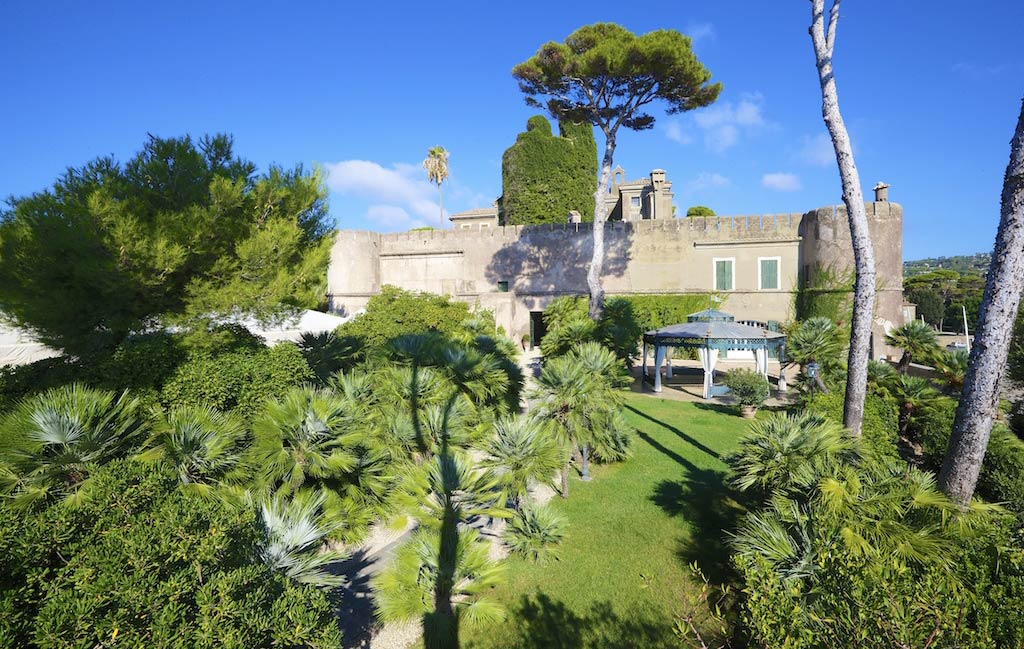 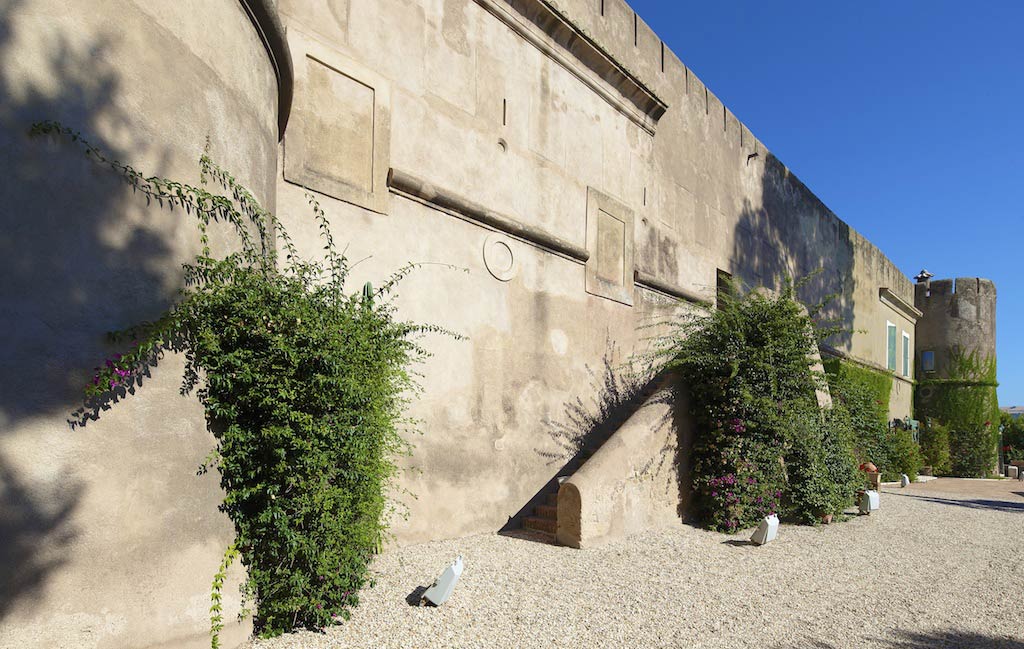 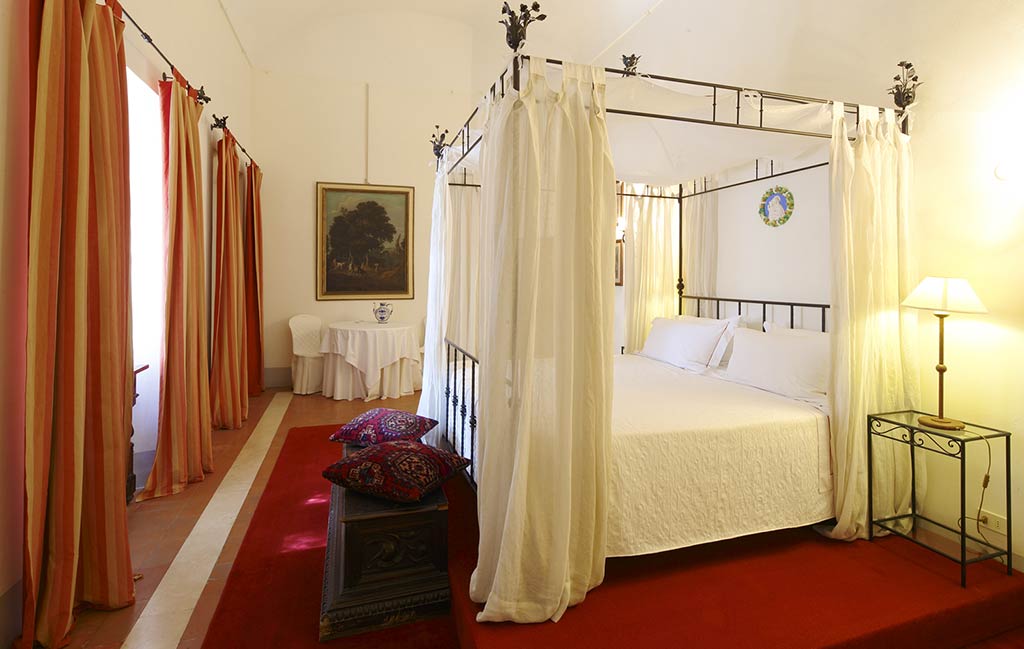 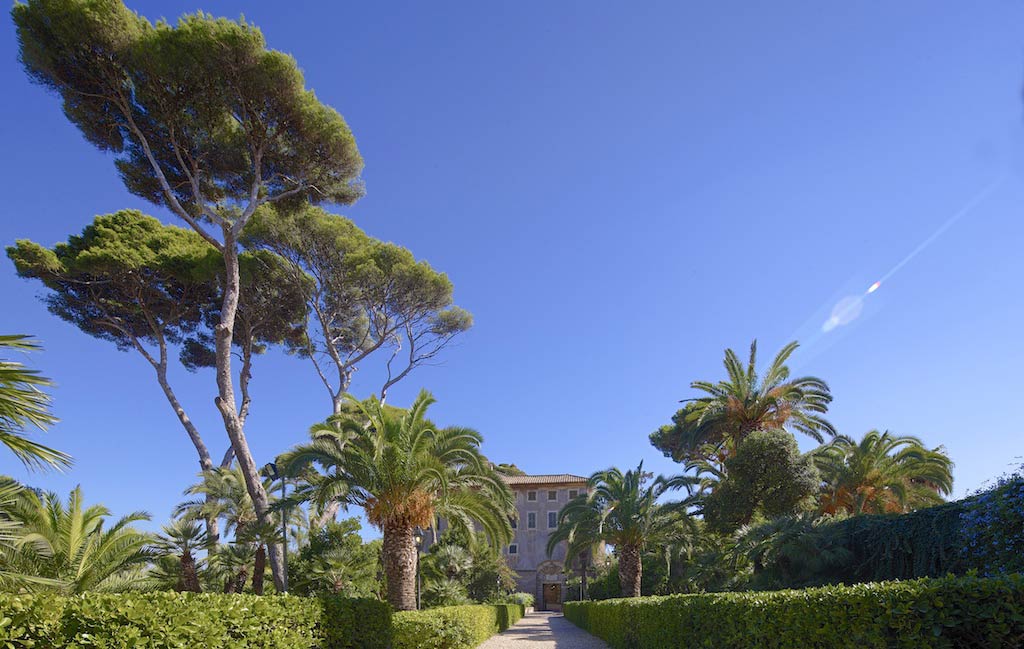 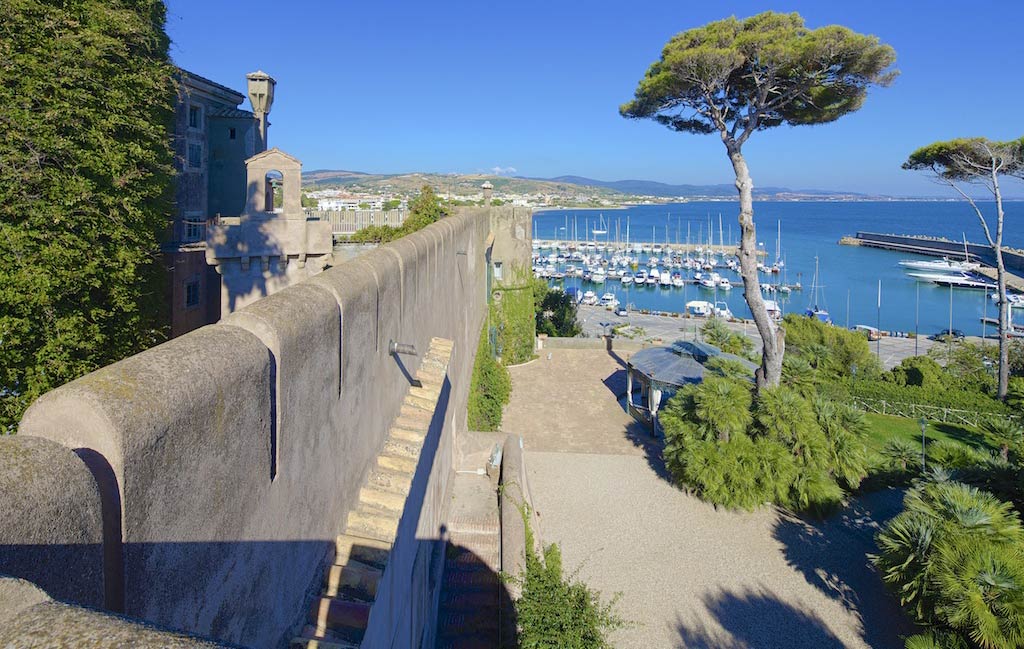 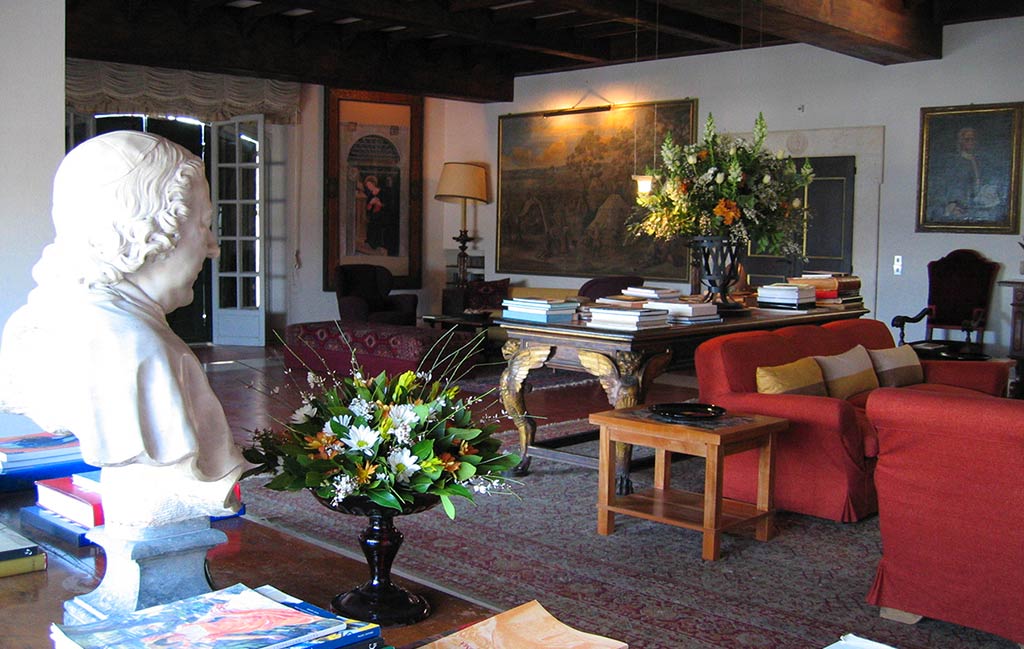 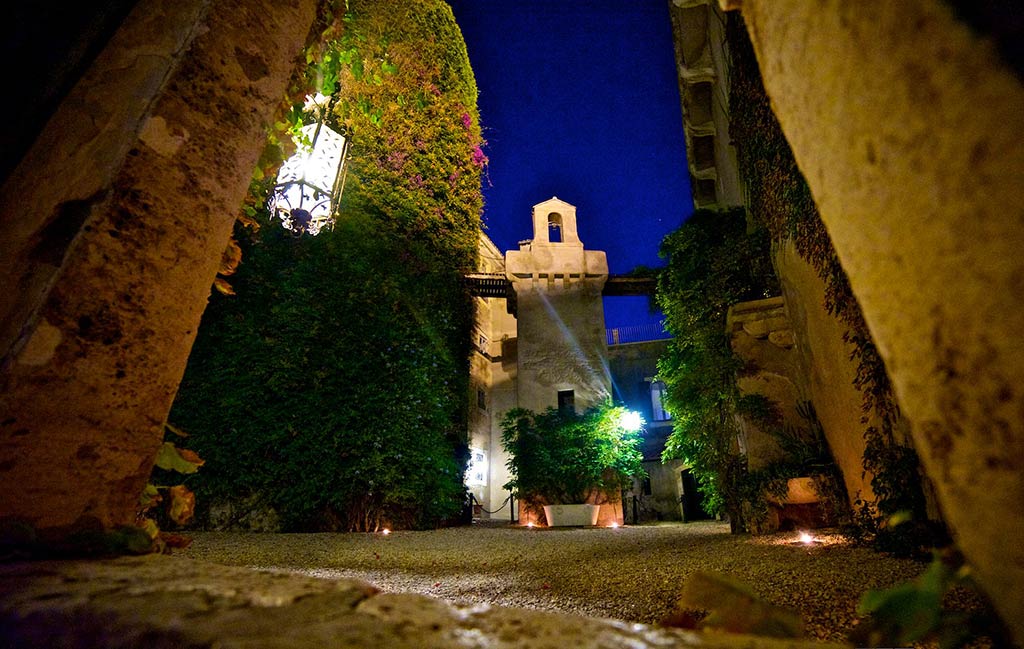 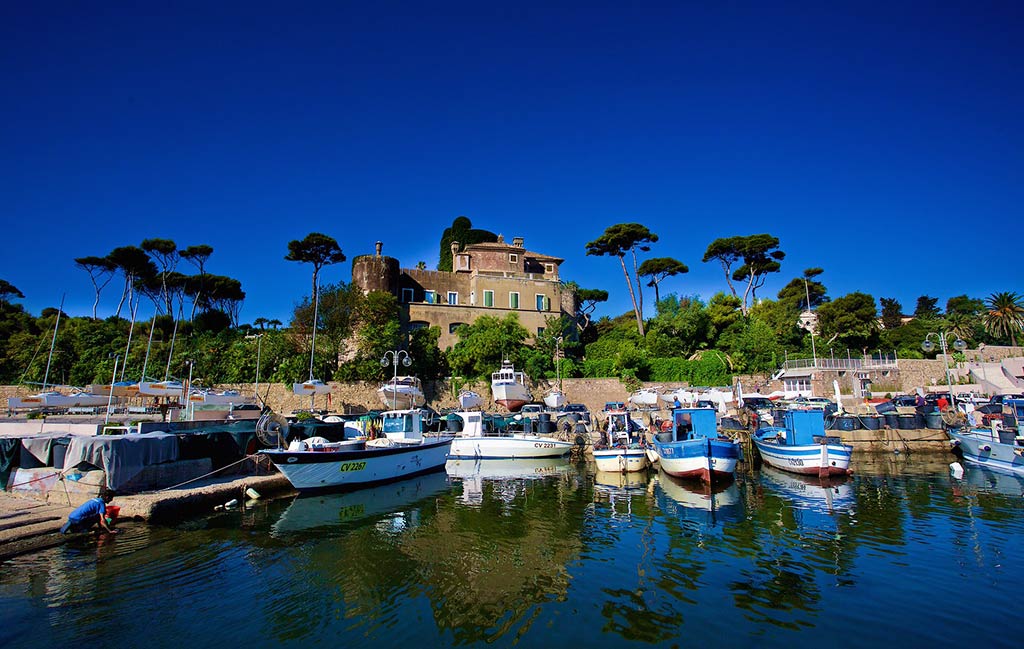 In 1887, Prince Baldassare Odescalchi took part to an auction and bought both the castle and the estate of Santa Marinella from the Holy Spirit Hospital, who was the previous owner; at that time no one could imagine how the story of the little town that surrounded the old manor house, would have changed.
There were in total five hundred hectares, dominated by the Castle with a few buildings: the church in front of the castle itself that still existing, the inn and some modest dwellings occupied by laborers and fishermen.

But the elevated position above the sea level, the southeast exposure, the protection of the coastal strip made by Tolfa mounts, the generally mild climate in all seasons, gave the Prince Baldassarre, who was a thinker with extraordinary ideas, the idea of ​​creating one of the first modern resort centres around the castle, transforming the small village into an elegant elite seaside resort.

Thanks to his foresight, in the fifties Santa Marinella became the resort town of movie actors. Italian cinema lived the great experience of neo-realism, while the Americans landed at Cinecittà Studios, and built their great productions of historical argument. Totò, Alberto Sordi, Anna Magnani, Marcello Mastroianni, Vittorio Gassman, Esther Williams are now usual guests of the town, and attracted around them a large enthusiastic audience. Roberto Rossellini and Ingrid Bergman spent in their villa in Santa Marinella the happiest years of their marriage, and it was not uncommon to meet them with their children in streets and in the small shops around the castle, or watching them bathe on the rocks with Rock Hudson and Gregory Peck. Faruk and Narimane, the king of Egypt and his wife, spent their golden exile in this elegant seaside resort, attracting the attention of newspapers around the world.

Today the castle is still the center of this small town on the sea, with its twenty-two kilometres of coast, its beautiful Art Nouveau villas and its notoriously favourable climate and still deserves the name of the pearl of the Tyrrhenian Sea. 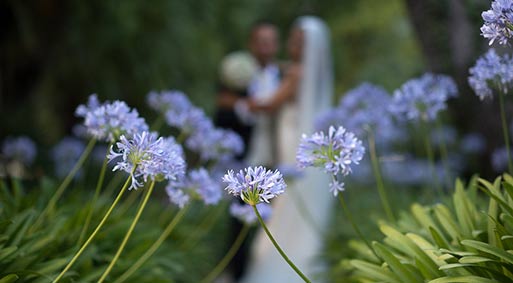 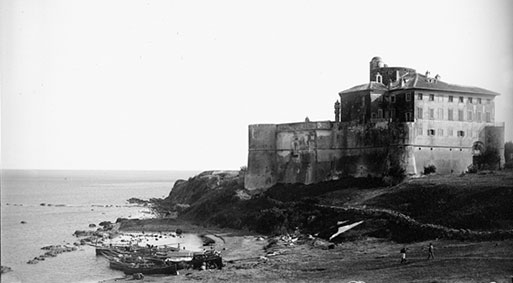 Odescalchi Castle stands in a place already known in ancient times for its natural, strategic and landscape features. For the Etruscans the harbour was a port for goods coming from Carthage… 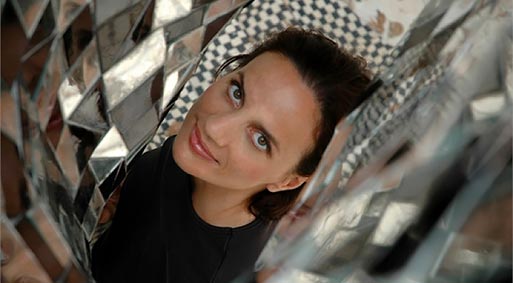 Today the castle is owned by the heirs of Baldassarre, Carlo and Innocenzo Odescalchi. In particular Carlo manages the activities established for the maintenance of the property.
The Odescalchi family is an old family…